Navigate thru all the sub categories of the website

What are Zebra Mussels?

Zebra Mussels are an aquatic invasive species originating from Eastern Europe and Western Asia. Zebra Mussels are impossible to get rid of once they have established themselves in a body of water, which why it is vital that we prevent them from entering our waters. One female Zebra Mussel lays around one million eggs per year, and Zebra Mussels have an average lifespan of 2-5 years. Adult Zebra Mussels are between 1-3cm large and attach themselves to anything submerged in water. They can survive for 7-30 days outside of water depending on temperature and humidity. Larval Zebra Mussels, otherwise known as veligers, are water dependent and move through bodies of water with the underwater currents.

What are Aquatic Invasive Species (AIS)?

In Manitoba, Zebra Mussels are designated as an Aquatic Invasive Species (AIS). It is illegal to:

How to Stop the Spread of Zebra Mussels

When transporting any watercraft between bodies of water, it is crucial that you CLEAN the watercraft thoroughly, DRAIN any standing water left inside the watercraft, and DRY your watercraft completely before introducing it to another body of water. DISPOSE of any unwanted bait in the trash, rather than dumping it in the water. Manitoba operates several AIS Watercraft Inspection Stations, and all watercrafts must stop at these stations when they are open. If you have recently brought your watercraft into water that is known to contain Zebra Mussels, it is the law that you must stop and have it decontaminated at one of the decontamination stations.

Why Do We Need to Be Concerned About Zebra Mussels and Aquatic Invasive Species?

Zebra Mussels are highly adaptable and pose a significant environmental and economic concern to Manitoba. They disrupt ecosystems and decrease the numbers of our native marine life; they attach to other mussels and smother them. They are also known to attach to boats and motors thus reducing efficiency, and their shells attach to rocks and ladders and can cut the feet of swimmers.

Are Zebra Mussels in Our Waters?

So far, Zebra Mussels have not been found in our municipality’s lakes and rivers. However, with the recent discovery of Zebra Mussels spreading to more Manitoba lakes, it is more important than ever that we continue to be cautious and thoroughly clean, drain, and dry anything that comes out of or into our waters. A list of invaded lakes and rivers in Manitoba can be found Here. For more information, please visit https://www.gov.mb.ca/stopais/zebra-mussels.html

Follow the guide below to practice safe watercraft transport. 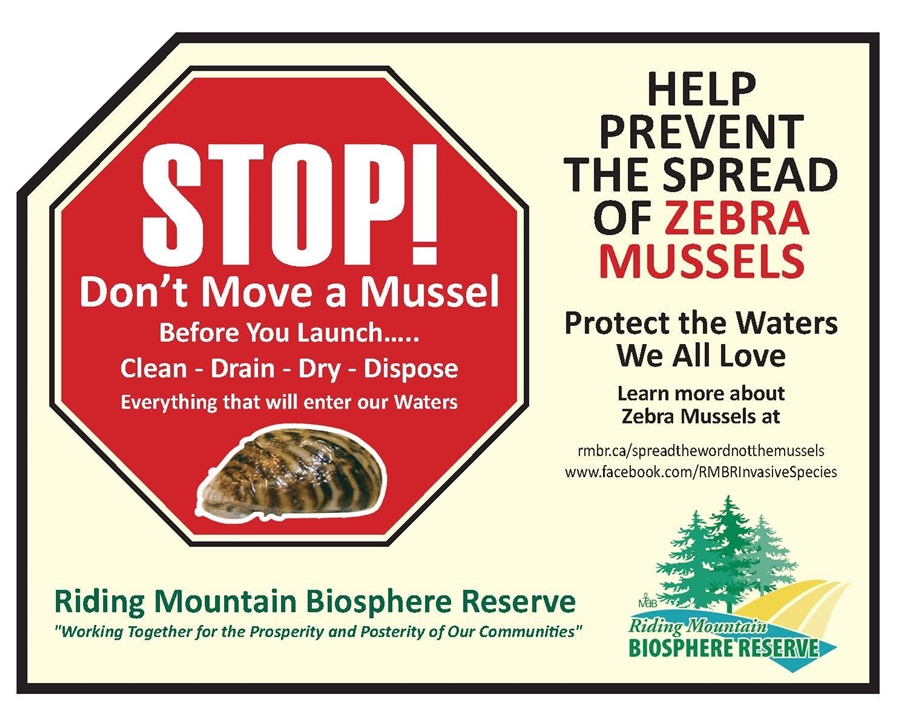 In the Spring of 2018, we welcomed the Residential Curbside Recycling Program. Do you feel that it has been successful so far?